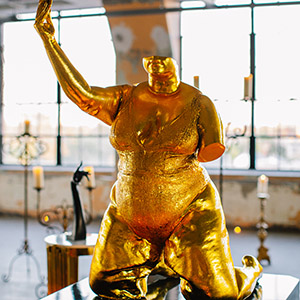 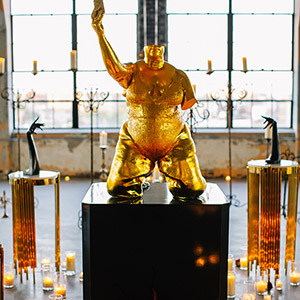 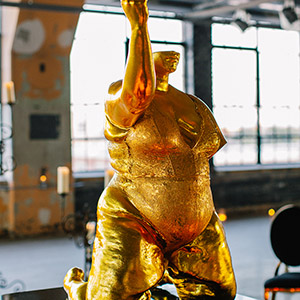 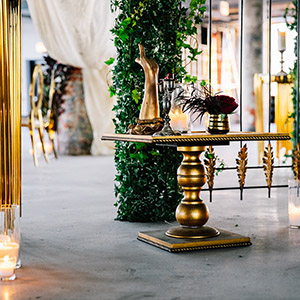 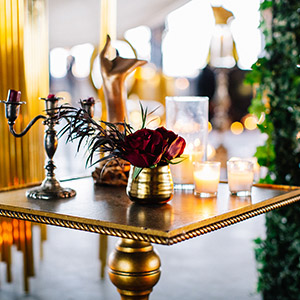 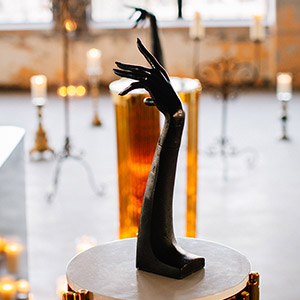 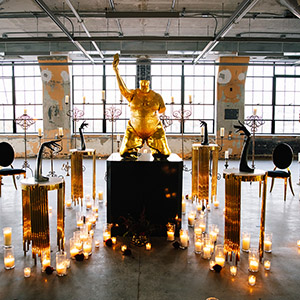 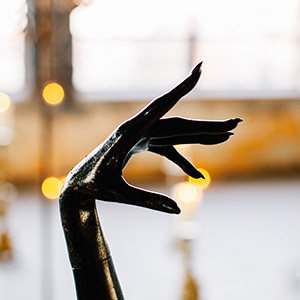 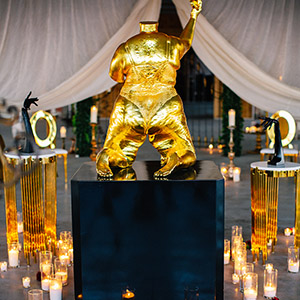 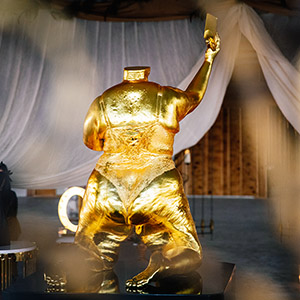 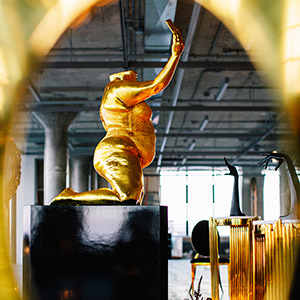 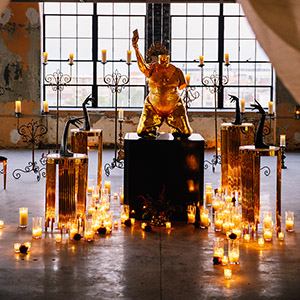 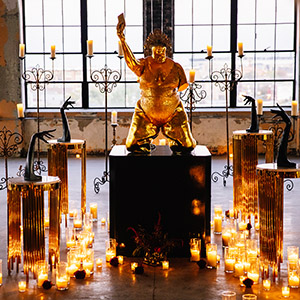 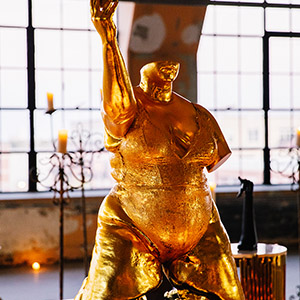 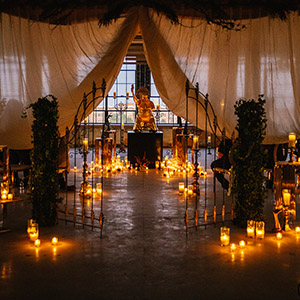 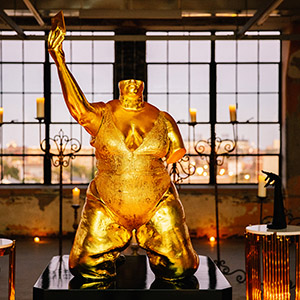 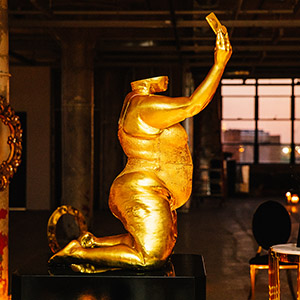 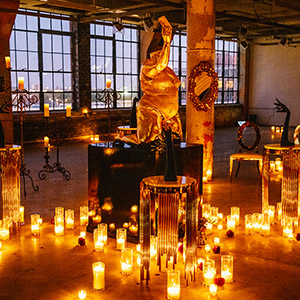 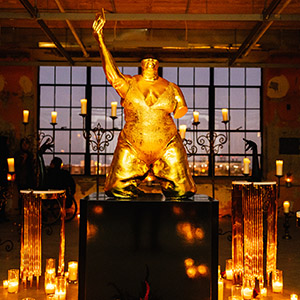 LIT is a collaborative, one-night only installation featuring Chicago-based artist Sara Salass that places her monumental sculpture “:4th Runner Up (Self-Portrait as Trophy Wife)” within a newly imagined environment inspired by and constructed in response to the work.

About Sara Salass:
‍
Sara Salass (b. 1994) is a Chicago and DC-based Iranian-American artist. She graduated with a Bachelor of Arts in Psychology, Fine Arts, and Art History from The George Washington University (2016) and a Masters of Fine Arts from the School of the Art Institute of Chicago (2019).

“My artworks explore the psychological and emotional contours of hookup culture, social media, and the objectification of women. I am very interested in the ways that sexual politics have changed in the last 10 or so years. In particular, my personal experience and research has drawn my attention to the ways in which social media profoundly impacts women’s interactions with their own bodies.”
‍
:4TH RUNNER UP (SELF-PORTRAIT AS TROPHY WIFE), 2019

About the work:
‍
“:4th Runner Up (Self Portrait as Trophy Wife)” confronts misogynistic discourses around trophy wives, the “butter face,” and the narrow limits within which female bodies are allowed to be sexual and assert their physical presence. The sculpture adopts the style of a trophy, but also invokes the painstaking process of giving one’s own body over to a discourse that has tried to exclude it from eligibility for “trophy” status. The piece therefore enters into several overlapping themes of body image, sexist visual culture, and the female body as an art object. The piece critiques male discourses around female bodies and trophies while also coopting the same discursive space by the nature of its presence.

The primary thematic reference of the sculpture is that of a trophy wife. The piece thus draws indirect inspiration from Gabby Bess’s reflections on “Wifey Status,” which is carefully curated by a patriarchal culture requiring devotion and submission from men’s female counterparts. In more basic terms, the sculpture resembles a commonplace plastic trophy purchased at a sporting goods store.

In terms of physical description, the form is a full-scale sculpture of my own body designed to look like a trophy. In one way, this visual style references the way in which people prize and cherish trophies. But on the other hand, the piece casts critical light on the cheapness of the ersatz trophy, and the superficial ways in which bodies are converted into a certain cultural currency.

Thematically, the piece thus engages with the cultural logic of materialism as it intersects with the objectification of women’s bodies—and, more specifically, with the fetishization of certain bodies over others. I am particularly interested in the way in which a trophy in general or trophy wife usually suggests something delicate and precious, such that the large female body is ineligible for consideration as a possible object of possession. The sculpture thus presents the large body as an offering and as a challenge to this cultural/sexual logic. The piece is simultaneously provocative and submissive, aggressive and vulnerable.